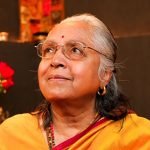 She has been co-teaching a course for the online Hanuman Academy on the “Five Elements of Yoga”, and has presented for a few years at the Hanuman Festival, Moksha Festival, and at the Grand Valley Yoga Festival. She has also participated in several interviews and inter-faith panel discussions on yoga-related topics through the Shambhala Mountain Center, Naropa University, the Legacy Foundation, and other spiritual /religious organizations and venues.

With graduate degrees in Chemistry, Atmospheric sciences, and Environmental Education, Sreedevi likes to infuse scientific perspectives into ancient Vedanta-Yoga-Tantra teachings and practices. Her prior teaching careers in Chemistry and Science Education have been at the public school, community college and university levels in Fort Collins, Colorado.

In a newly published textbook entitled, “Beacons of Dharma”, Sreedevi has written an invited chapter about Amma, the charismatic ‘hugging saint’ of India, including the 3 paths of yoga, and the shakti principle.

A sampling of Sreedevi’s deity mantra audio teachings and yoga nidra are on her website: http://www.shakti-institute.com. Videos of her recent yoga nidra meditations with mantras and visualizations for planetary healing during this epidemic phase are on her FB page. These offerings will continue weekly Wednesdays from 7-8 pm Mountain Time on FBLive through the end of May. https://facebook.com/sreedevi.bringi

In this powerful 2-part video series, Doorway to Your Spiritual Heart, you’ll discover how to heal your heart chakra as an intuitive, empath, and healer… plus you’ll receive 2 full-length guided healings.

As an intuitive or empath, this time can be a time of heightened sensitivity…

You may unwittingly take on other people’s energy and emotions — resulting in anxiety, overwhelm, and being ungrounded. This oversensitivity often occurs as a result of early woundings and blocks within the body’s energy system…

A spiritual heart awakening can help you transform these energetic and emotional patterns into expressions of love — for yourself and as a healing force for others. 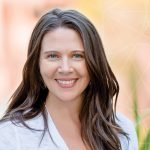 Wendy De Rosa is an international intuitive energy healer, author, speaker, and teacher for thousands of people wanting to develop their intuition and experience personal transformation. She is founder of the School of Intuitive Studies and the Intuitive Healer Training Program. Wendy has filmed two programs for MindValley spiritual growth channel Soulvana and is also a faculty member of the Shift Network. She has appeared on CBS News/Better Connecticut and in addition to her best-selling book, Energy Healing Through the Chakras: A Guide to Self-Healing, she is a contributing author to Bouncing Back: Thriving in Changing Times, with Wayne Dyer, Bryan Tracy, John Assaraf, and other leaders in personal growth. She published her third book, Expanding Your Heart: Awakening Through Four Stages of a Spiritual Opening, in 2015 and is currently working on her fourth book.

On Women, Wealth, and Power

Rewire for Wealth: A Three-Step Formula to Rewire your Brain

I'm excited to share this radically different, extremely powerful, yet simple approach to breaking through your blocks to Wealth and Well-Being. In this introduction to my new body of work, the rewire response, you'll learn that your brain is wired by past experiences and why no amount of will power, discipline, good intentions or financial knowledge will change anything until you consciously create new neural pathways to create new Wealth Building behaviors. 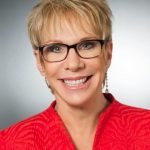 Barbara Huson (previously known as Barbara Stanny), is the leading authority on women, wealth and power. As a bestselling author, financial therapist, teacher & wealth coach, Barbara has helped millions take charge of their finances and their lives.

Barbara's background in business, her years as a journalist, her Master's Degree in Counseling Psychology, her extensive research, and her personal experience with money give her a unique perspective and makes her the foremost expert on empowering women to live up to their financial and personal potential.

Barbara Huson has been featured on Good Morning America, The View, Extra, The O'Reilly Report, and many times on CNN, MSNBC, CNBC, Fox News, PBS and NPR, as well as the New York Times, and USA Today.

Barbara is the author of 6 books:

You can learn more about Barbara and her work at www.Barbara-Huson.com

The Power of Kundalini to Awaken 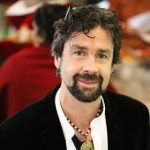 Christopher is a scholar of Sanskrit and Yoga specializing in the roots and evolution of Hatha Yoga from the Tantric traditions. He holds advanced degrees in Sanskrit and Religious Studies from Harvard and UC Berkeley, where he currently teaches. His teachings, presented to thousands of students worldwide in Yoga-based events, conferences, and teacher trainings, are based on hundreds of unpublished Sanskrit texts and manuscripts personally collected from Kashmir. Chris frequently collaborates with Shiva Rea, with whom he has recently taught a number of ground-breaking online seminars, including courses on the forgotten roots and practices applied to the Chakra System, and the Tantric Origins of Surya Namaskara and modern movement-based Yoga.

Expert in the field of Vedic Meditation + Transcendence 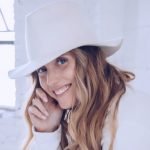 Yashoda Devi Ma is the owner and founder of YDM Meditation. She is also the co-founder of The Subtle Mind in Boulder, Co. She is an expert in the field of Vedic Meditation, Himalayan Yogic practices and transcendence of the mind. She has worked extensively with these techniques for two decades. Yashoda's main focus is to create a strong foundation of a calm/clear mind, holistic wholeness and activating elegant high value living.